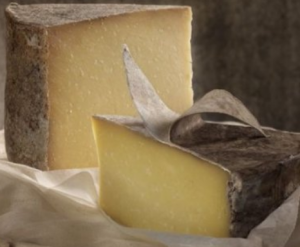 This pasteurized cheddar comes for the Cabot Creamery, which was one of the first family farm cooperatives in Vermont. This natural-rind cheddar is aged for 10-12 months in the cellars at Jasper Hill near Greensboro Vermont, where the young cheddar gets a layer of lard and a cloth, hence the name clothbound.

This English style cheddar is unpretentious and well balanced. It is layered in a concert of sweet, savory, nutty, and tangy; and then finishes with the mellowness of smooth velvet tones of caramel. 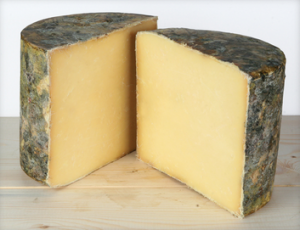 Avonlea Clothbound Cheddar is an unpasteurised cow’s milk cheese that is produced on small local farms in the lush countryside of Prince Edward Island (P.E.I), off the coast of Canada.

Milks of several small local Holstein herds are used to make the cheese, which is then wrapped in cloth for an aging period of at least a year, before being sold.

Avonlea demonstrates a firm and slightly dry and crumbly pate. The color varies according to the season and diet of cows with cheeses made during in winter being faint than in summer. The cheese has rich, hearty, savory flavors of earth and mushrooms, underlined by a fruity tang.